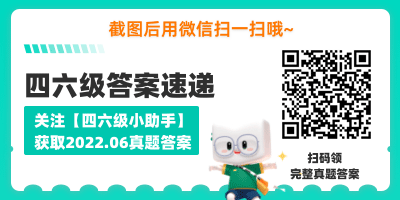 I hope you are doing great! I am Li Ming, one of the sophomore students in our university. Following my recent experience of using our school library, I have decided to send you some feed-back. In the first place, the librarians there are not very friend-ly and helpful as they often fail to tell us where to find the book we want, and moreover get impatient easily. What’s more, the books available in the library are too old to catch up with the latest development of related disciplines. Finally, the reading rooms are not bright enough as some of the lights have gone dark. All these have brought great inconvenience to us students, which leaves me with no choice but to write you this letter.

From my perspective, it would be wise for you to offer all the librarians a training course to familiarize them with the layout of the library and the classifications of the books. If possible, I sincerely hope that you consider the possibility of renewing some of the books and maintaining the facilities properly.

Thank you for your time and consideration. Look forward to your favorable reply.

[1] A new study finds that beverages containing add ed sugar might be harmfuL In the study, researchers a nalyzed information from over eighty thousand wome n and thirty seven thousand men. Participants worked in the health profession. They were followed for appro ximately three decades. They completed surveys abou t their diet every four years. They also answered to qu estions about sleep and exercise and health every two years.[1-2] The more beverages contsininq added sug ar that peoole drink, the greater their risk of death wa s during the study period. These beverages included s oda, energy drinks, and sports drinks. Beverages like p ure fruit juice, which are sweet but do not contain add ed sugar were not part of the study. The findings held even after the researchers considered other factors th at could affect people's health. These factors included lack of exercise and not eating enough vegetables. Th ey also included consuming too much meat. The scien tists say that their results support limiting beverages with added sugar. [2] They argse we should replace t hem with other drinks, with water being the best choi ce. However, the researchers admit this is simply their recommendation. The study found only an associatio n. It did not prove that drinks with added sugar cause d early death.

Q1. What do we learn about the new study from the n ews report?

Q2. What is the scientists' recommendation?

German police appealed Friday for information about the possible owners of two 17th-century oil paintings. [3] Pol ice said a 64-year-old man found the paintings in a garb age pile at a highwav rest stop las§ ryonth, He later hand ed them in to the Cologne police. [4]_An initial assessme nt by an art expert concluded the two framed paintings were originals, police said. One is a landscape painted by the Italian artist Pietro Belloti, elating to 1665. The other i s a painting of a boy by the 17th-century Dutch artist Sa muel van Floogstraten, date unknown. Tneir combined w qrth is estimated to be around one million euros. Authori ties have not yet confirmed what will happen if the rightf ul owner is not found. Nevertheless, it is speculated that they could either be handed over to the National Art Mus eum of Cologne or sold to the public by the local govern merit.

Q3. What did German police say about a 64-year-old man?

Q4. What is the art expert's conclusion about the two framed paintings?

[5] A four-year-old girl has walked eight kilometres thr ouqh a snowy forest to seek help for her sick qrandmo ther who later died of a heart attack. The young girl br aved the threats of bears, wolves and temperatures fa r below freezing. She made the journey through a rem ote region in Siberia after waking up to find her grand mother motionless. Named locally as Carla, she lives a lone with her elderly grandmother and her blind grand father. [6】As a result the girl's mother is facing a cri minal case. She stands accused of leaving a minor in danger, in the care of the elderly. She also faces inves tigation from childcare services, who will also be askin g why Cola was left alone with her vulnerable relative 金 The journey took place in February, when temperat ures average -26°C, Russian reports on social media s uggest the forest may have been as cold as -34°C. Th e journey was only recently confirmed by authorities.

[7 But though she was suffering from the effects of e xtreme cold, the child reportedly suffered no life-threa tening effects. Last year, a three-year-old boy survive d alone for three days in a remote forest in the same region.

Q5. What did a four-year old girl attempt to do?

Q6. What do we learn from the news report about the girFs mother?

Q7. What happened to the little girl according the news report?

W:[12] Have you considered making a studyguid ? It's a tool you can make yourself to take the stre S out of studying:I've been using one since the sta t of last semester, and it has really helped relieve A lot of study pressure.

M:Sounds like just what I need.[13]My mainprob em is that my study folder is full of notes and wor sheets,and is badly disorganized.Idon't know w lere tO start.

W: OK, well,the main thing is to have everything i the right place. Whatever you're reviewing, it's i nportant that it's arranged for your particular nee ils of that subject, and in the most user-friendly wa r you can. What kind of learner are you?

M:Oh, Im very much dependent on vision as a wa of taking in information.

M:So you thinkIshould arrange my notes using c lor and pictures in place of text.

W: Yes.You'll probably start to grasp information a ot quicker that way.As an emotional learner, I org inize my notes into a story that I can connect to an recite to myself.

M: That's amazing. I didn't know there were so many different ways to learn.

Q12. What does the woman advise the man do?

Q13.What is the biggest problem the man has with his s tudies?

[19] Today many large corporations stress the importanc e of diversity on their websites, but current statistics sho w that the topical manager in America still tends to be w hite and male. Obviously, the desire to bring about diver sity has not translated into corporate reality. Why is thi s? [20] A team of「esearchers from the university of Basi I published their new sfudy about people's atiTEiides tow ards diversity at work. [21J They found that people have a wide range of opinions ccncerrirg diversity On the on e hand, many see value in diversity, which can contribut e a variety ot perspectives, encourage new ideas, and ge nerate innovative solutions. On the other hand, they assu me that it might be difficult to work with someone who h as completely different views, speaks a different languag e or has a different style of work. The actual value they a ttribute to diversity depends on the decision-making per spective. Doubts about the practicability of diversity nav e a greater weight. If a person is directly affected, in oth er words, when a persons own work group is involved, t hey tend to prefer team members who are similar to the mselves. But when people make decisions for others, the y typically put together a more diverse team. These findi ngs could help organizations become more diverse. Com panies need to pay attention to who makes hiring and te am decisions. These decisions should not only be made by those directly affected. People who are not directly in volved in the group s daily work should also take part.

Q19. What do we learn from the current statistics about diversity in large corporations?

Q20. What is the newly published study focused on?

Q21. What do the findings of the new study show?

1.A.It ran for as long as some thirty years.

2.D.Drinking water instead of beverages with added sugar.

6.C.She has to face a criminal charge

7.A.She suffered from the effects of severe cold.

8.B.She comes from the city of Cape Town.

9.A.It has a flat surface at the top.

11.D.It is more popular than football.

15. C.Arrange them using color and pictures.

16.B.It is a moral principle to guide people's behavior.

19.C.They have not seen as much diversity as desired.

20.B.People's attitudes towards diversity at the workplace.

21.D.People prefer to work with team members similar to themselves.

22.D.Changing one's form of communication from time to time.

23.A.They are regarded as seriously binding.

36.G Clues about the culture ofa company can be found on its website.

37.D It can be difficult to know the real situation in a company until you become part of it

38.M It is impossible for a job applicant to have every expectation met.

39.A Simply by reading its descriptionthe author found the job offered ideal.

40.F Job applicants are advised to make a written list of their likes and dislikes in their previous employment.

41.K F At the end of an interview,a job applicant should seize the opportunity to get answers to their urgent questions. 42.E To begin with, job applicants should be clear what they expect from their future employer

43.I Job applicants should read with a critical eye what is written about a company on the website.

44.C Job satisfaction has a lot to do with company culture. 45.J A chat with an insider of a company can give job applicants very useful information when they prepare for an interview

B) They are unmotivated to learn.

A) They are made convenient to mark.

C) Some students may have difficulty attending them.

A) Help the public to better understand science.

B) It might breed public distrust in modern medicine.

C) Debates about science are accessible to the public anyway

B) Embrace it with open arms.

C) It is a dynamic and self-improving process.

Once upon a timea farmerwho felt unhappy with the slow growth of the seedlings went to the field and pulled them up a bit one by one.Returning home he told his family,“ am exhausted today! However I finally made those seed lings grow taller all at once.” His son hurried to the field only to find that the seedlings had died out.

Nowadays, some parents are so eager for their children’s success that they will repeat the tragedy of the farmer, making their kids suffer greatly and meanwhile seeing no progress of them Should such parents wake up to this reality and give their children space for natural growth?